Google Maps or Apple Maps? Which one is more beneficial for your business? 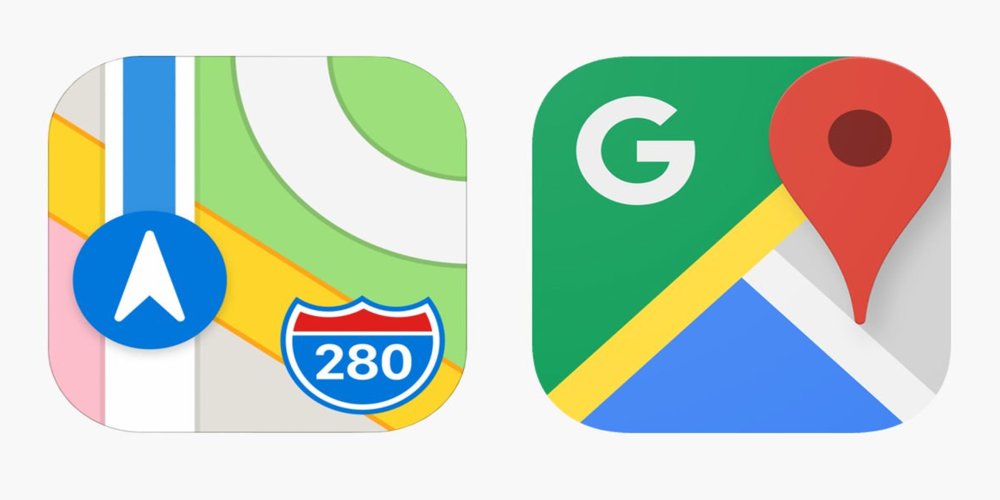 Maps have evolved a great deal over the past few years. Something which we used for navigation has now become a marketing tool.

Yes! you read that right, and I am going to let you know which one of them would bring more conversion to your business.

What happened to Apple Maps

Apple maps have been considered as a great competitor to Google maps for many years. However, for its 2012 rollout, Apple maps received public doubt which shook the brand’s reputation. This led to Tim Cook deliver an apology soon for launching such a faulty product:

“At Apple, we strive to make world-class products that deliver the best experience possible to our customers. With the launch of our new Maps last week, we fell short on this commitment. We are extremely sorry for the frustration this has caused our customers and we are doing everything we can to make Maps better.”

Things changed subsequently, on June 29, Apple declared to media that they would reshape Apple maps. This, in turn, hinted at Apple’s intention of taking active control of the data they use that powers the product rather than giving it over to third parties. It is commendable as to what Apple is doing, and have received praise from other media sites. Yet, there is a lot of work to be done if they are to catch up with Google.

First-Hand Data is the King

Today, it is proved that data-driven technology brings in various benefits not only to the business but also to people’s daily lives. For instance, people nowadays have been and will be heavily relying on reliable mapping data more than ever before. The convenience mapping data provides includes improving the tech behind autonomous driving, self-budgeted travelling, and daily navigating. In other words, we live in a world where people are dependent on mapping applications to find and guide them to what they want.

Ironically, Apple’s previous decision to outsource their mapping data back in 2012 led to data inaccuracy, such as bridges detaching from roads and recreational parks mislabeled as airports. This move led Apple to have difficulty in controlling the mapping data accuracy. It also increased the vulnerability of their brand reputation. Hence, the obvious choice for Apple was to regain control, to rebuild and renew the database themselves. Besides, the first-hand data source will give Apple a long term competitive advantage. Bringing Apply businesses insight into how audiences use their product and improve the experience the way they want.

While this is taking place, Google maps is improving upon its software as well. As TechCrunch reported, the process of rebuilding Apple maps means using first-hand data collected by iPhones with a data-privacy methodology. So do any other sensors and cameras belonged to Apple devices. The next generation product is expected to be launched in San Francisco and the Bay area with the next IOS 12 beta. Plus, it will cover Northern California by fall. As Apple’s senior VP of Internet Software and Services, Eddy Cue has said to TechCrunch:

“We wanted to take this to the next level. We have been working on trying to create what we hope is going to be the best map app in the world, taking it to the next step. That is building all of our own map data from the ground up.”

So far, Apple maps the current interface is not changing a lot. Apple is striving to develop the maps to be more functional. As an example, to give people a user-friendly but more accurate 3D renderings places. By identifying common-walk but unmapped public areas and displaying pinpointed instruction to a location’s front door.

These changes would be significant if they will do help to make Apple maps become a better product and make it become a replacement for Google maps.

Competition will not always be that simple. Google maps has been constantly developing at the same time. Over the past few years, Google has been continuously optimizing its product – Google maps. There are improvements including strengthening the business landmarks to be a better user reviews database. Those changes result in Google maps being an impressive tool to guide people to find where they want to go and learn about where they will be visiting.

At 2018 I/O developer conference, Google announced their innovative improvement to the maps. The incorporated AR technology which allows Google maps take wayfinding to another level of user experience.

Other features revealed at the conference are:

To keep on the same page, Apple has been investing in building up a database to give users accurate and efficient data from one point to another. But this is what Google had begun early in 2004 during their acquisition with Where 2 Technologies, an Australian software company. Furthermore, Google had already collected its first-hand data by 2006, which helped their launch of Street View one year later.

It seems that Apple may very closely catch up with Google with the mapping technology. Apple will need to improve their Points of Internet (POI) dataset well. In the current situation, Apple is dependent on a bunch of sources to populate their POI dataset. Although the outcome is often unsatisfied and inaccurate, at least this time their step is moving in the right direction. It is time for Apple to determine to invest more in building up more relevant tools and mapping services to access more business to manage their data at scale. With Google maps, we can see the searches services are steadily growing.

Your business can benefit a lot!

There is no doubt that more and more businesses today will consider their identities on Google or Apple maps as a high priority since that kind of investment will bring in wider brand awareness and business opportunity. Also, Google maps have become the premium standard for mapping. Keep your brands on the listings by using tools such as your Google My Business dashboard and keep your brand’s data and contents given to Google up-to-date including your customer reviews.

On the other hand, Apple maps is playing as another critical publisher in the market; if you are a small business, you can first disclose your brand on Apple maps listing. If you are a multi-located business, choose Google maps as a trusted partner will benefit.

Whatever path you finally choose with, trying to invest strategically in these platforms will decrease your risk and maximize your brand presence on the online searching platforms. If you have any questions regarding the content mentioned in this article, contact us!